Windshield mysteries : Why your windshield cracked on its own? 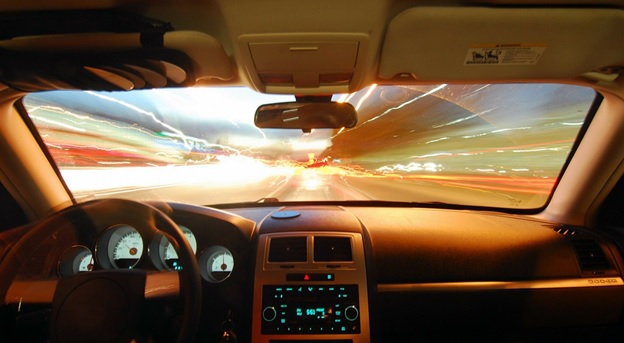 It is well known that people find themselves to be on the receiving end of some misfortune when it comes to windshield damage. You walk out your door to get to work and suddenly find that the windscreen of your car is shattered. Or you get to the parking lot once you’re done shopping at the mall and see that there is damage to your vehicle that just shatters the high spirits you may have been in, just a few moments ago.

Who did this to my car?

It’s even more infuriating when you look around and there is no culprit to be found. The damage is now done. You may have been a victim of vandalism, or perhaps a neighbor who kept warning you not to block their driveway, an envious co-worker, or maybe even an ex-partner looking to seal the deal by having the last laugh.

Before you start crossing the names off of your list, narrowing down the suspects, and plotting your revenge, there is yet another hard pill that you’re gonna have to swallow. It is very much possible that your automobile windshield may have busted itself for apparently no reason at all!

The self shattering windshield phenomenon

While you will still be spending some time and money to get the damage fixed, it may come as a relief that the damage caused is more an act of nature rather than the actions of a person motivated by malice.

Although you may have heard second-hand accounts of windshields that have shattered or cracked without any visible contact or force having been applied, it continues to be a widely ignored or misunderstood notion among automobile owners and/or drivers.

This may be for a number of reasons. When you find yourself standing at the hood of a car with a cracked windshield and no one else around, it is only natural to blame an unknown miscreant.

That’s the first thing anyone would do. With unreported collisions becoming frequent and people using their moving vehicles to launch projectiles in the form of beer bottles and other trash, you won’t be wrong to assume that someone’s got to pay for the damage to your vehicle.

Secondly, there are a number of factors leading up to a certain condition which may be ideal for a car windshield cracking or shattering on its own. These factors rarely ever make up the equation in a moving car, which luckily, also means that very few people have been behind the wheel when the windshield actually cracked without physical contact.

This also means that very few people have witnessed the phenomenon.

The conditions that cause a self shattering windshield can be replicated in a testing lab to determine the impact of wind pressure that the windshield can withstand. The probability of this happening after the windshield has been tested and your brand new car is delivered is purely a matter of chance and bad luck … or both.

A combination of atmospheric pressure and extreme weather conditions may all be responsible for the windscreen damage that apparently could not have possibly happened on its own.

Extreme and frequent drops or a rise in temperature will cause thermal expansion and contraction that in turn creates tension on the surface of the screen. This compromises the structure of the screen, causing it to crack.

What can you do to protect your car windshield from cracking on its own?

Regularly placing heavy objects on your car reduces the capability of the windshield to withstand stress.

Continued damage to other areas of the vehicle creates a ripple effect that may eventually, also cause the windshield to lose its stress resistance.

If you have got your car windshield replaced due to damage caused by an accident, then poor installation may become a reason as well.

Windshields are produced to sustain climatic and temperature changes up to a certain degree. But, if you think that your windshield is prone to damage, you should immediately have it checked.