Should I put My Windshield Wipers Up When It Snows? 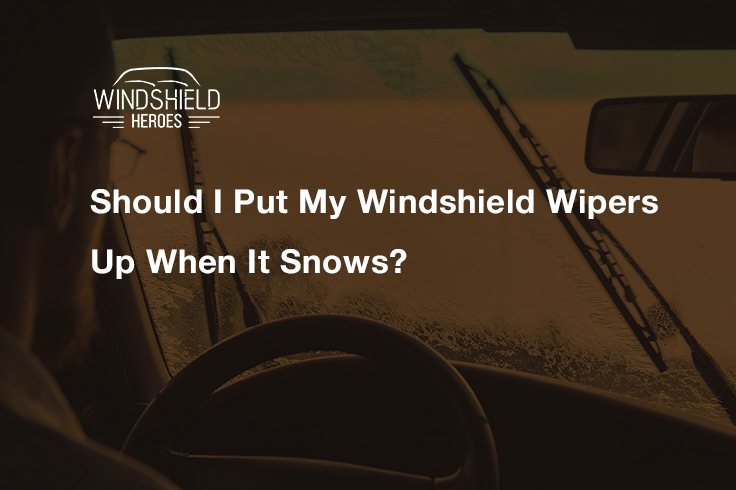 Are you a resident of the area where it is mostly winter season? If yes, you must have witnessed a car parked outside the home with windshield wipers pointing in the upper direction towards the sky. Most people say that lifting wipers up can prevent the rubber blades’ destruction during heavy snowfall. However, most people won’t agree with this. Therefore, it is necessary to know the best direction for the windshield wiper.

Should I Put Windshield Wipers Up When It Snows?

If there is a heavy snowfall of around twenty pounds cubic foot, you can’t put your windshield wipers up as the windshield arms work against zero levels of weight.

Are you one of the car owners who is a bit lazy? Such people turn on the windshield wipers to remove snow from the glass instead of using a snow brush. They don’t get that the snow weighs pretty hefty and can strip the gearing in wiper motors, destroying them. As a result, the windshield wipers won’t work correctly, and you will have to replace or repair them.

Some car owners put their windshield wipers up because they think that it is a great solution to prevent wipers from freezing. But they should know that frozen wipers on windshields can get damaged when owners turn them on. However, it is always a debate whether to do it or not.

Why Lift Your Wipers Up:

The car owners who generally put their windshield wipers up before a snow storm might think it right. According to them, it becomes easy to scrape ice and snow from the windshield when you have wipers up. Moreover, it also helps prevent the soft wiper blade from getting frozen to the auto glass.

However, no concrete source can determine whether it is ok to put your windshield wipers up or not. A lot of stress on the wiper linkage and motor can lead to expensive repairs.”

Why Leave Your Wipers Down?

Let’s discuss the other aspect when we leave wipers down. According to some people’s opinion, by doing so, your wipers might get frozen to the windshield, and your window defroster can melt the ice quickly. But still, it is an arguable question.

Which Method Is Best?

Experts say that the risks are from both ways. You have to decide when the risk is higher, up or down? The experts say that leaving the wipers up when snow falls heavily outside can reduce the chances of windscreen damage. They also state that the chances of damaged windshield wipers are also less during snow storms outside. It is always a common issue of not getting snow off the cars or the many scratches on your windshield due to using a metal scraper. Therefore, learning about the best methods to scrape ice off the vehicle is necessary.

How to Remove Ice From Windshield?

Rubbing Alcohol Solution: Professionals recommend this method as safe and effective. You can mix isopropyl (rubbing alcohol) and water. Mix them into a spray bottle perfectly with two-thirds rubbing alcohol and one-third water. Shake it well before spraying the solution on your windshield. Now that the answer is ready to spread on the windshield, you will witness that the ice and frost disappear completely.

Another effective way is to start the engine and turn on the defrosting system. Set the design on the highest heat mode with low speed. You will see that ice start melting from the windshield glass.

Make sure your car is clean when you start driving; it is the only way to prevent damage to the windshield wipers.

You can also connect with windshield heroes, which offers an online platform to solve the potential issues related to auto glass. It is difficult to find the best service provider that can quickly and efficiently provide windshield repair or replacement; therefore, we help people. We at windshield heroes connect you with the best auto windshield professionals near your location in the easiest ways.